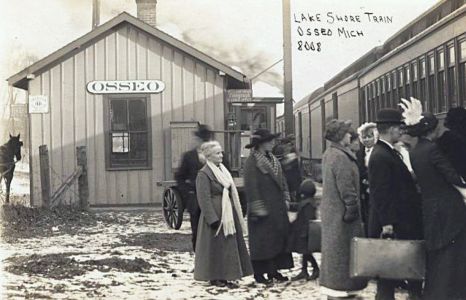 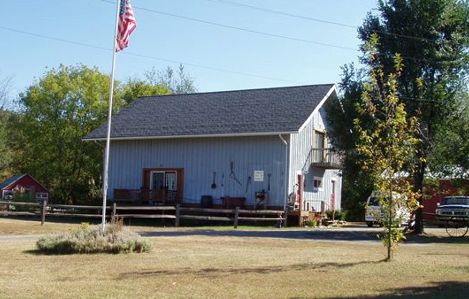 Osseo was settled about 1840 and became a station stop on the Lake Shore & Michigan Southern's Old Road around 1864. It is located about eight miles southeast of Hillsdale in Hillsdale County. [MPN]

The town served the surrounding farming community. Later, it had a fireworks factory which had fatal explosions on at least two occasions.

Photo Info/Credit: Top, a NYC passenger train takes on passengers at the Osseo station. 2nd photo, a 2004 photo of another building which may have served th railroad as a depot at Osseo. [Both, Alan Loftis collection]