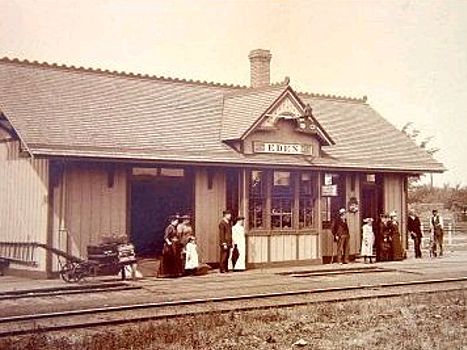 Eden was settled about 1843 four miles south of Mason in Ingham County. The Michigan Central railroad came through here in 1875 and the location was called Chapin's Station. The depot was later renamed as Eden. [MPN]

Photo info: A turn of the century post card photo of the depot at Eden.