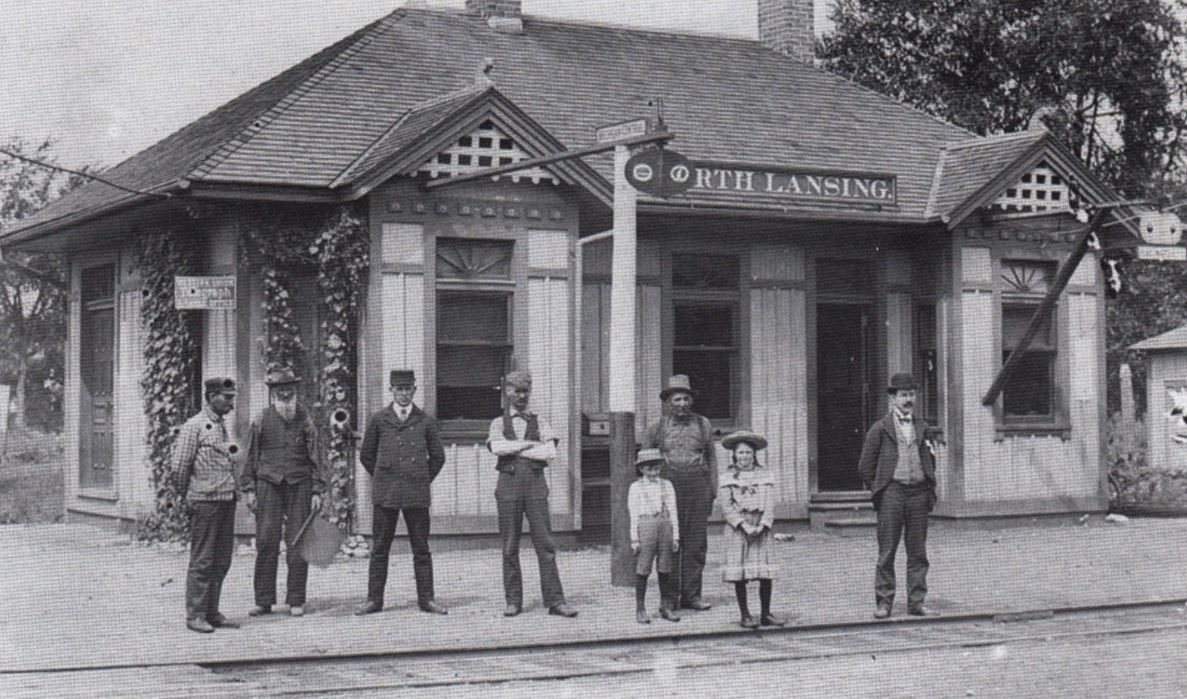 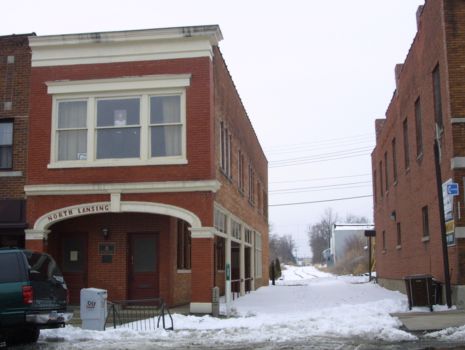 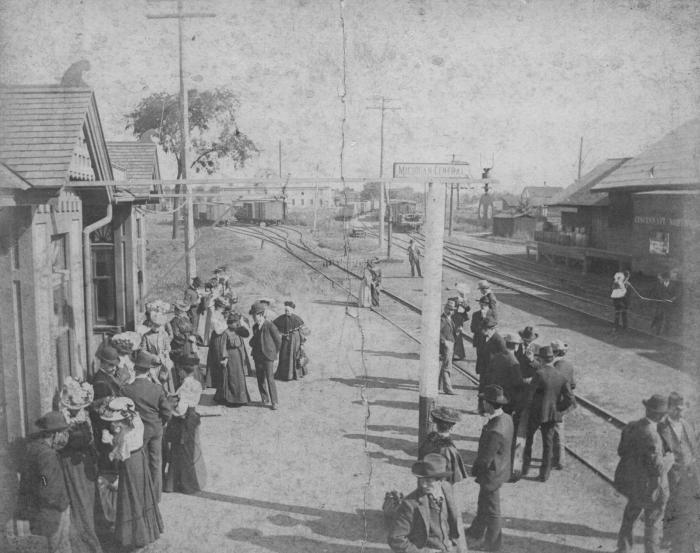 North Lansing was settled in 1842 will a mill and dam on the Grand River, north of downtown Lansing. A station was located here on both the Pere Marquette and the Lake Shore & Michigan Southern. North Lansing ultimately was absorbed by the City of Lansing.

Photo info/credit: Top, the North Lansing depot about 1900. Note the two different train order signals. The Left is labeled Michigan Central and the right is labeled Pere Marquette. Though this is a union depot, both railroads may have had separate operator/agents as it appears the train order signals are controlled by two different extensions from the depot. 2nd, a modern day (2003) photo of the former Lake Shore depot at North Lansing. This location is near the northern-most terminus of the Lake Shore's Lansing Branch which went between the buildings and terminated at the PM north of here. Note the concrete survey marker at the corner of the building. [Dale Berry]. 3rd photo, the Michigan Central/Pere Marquette depot at North Lansing. The Pere Marquette tracks veer to the left and the Michigan Central tracks to the right. This was taken in 1898. 4th photo, taken about 1918. This is a MC tax evaluation photo. [Dale Berry collection]

1879 improvement: A new water reservoir together with pump house and standpipe were built here for the joint use of the Michigan Central and the DL&N with each company sharing the expenses. [DL&N-1879]