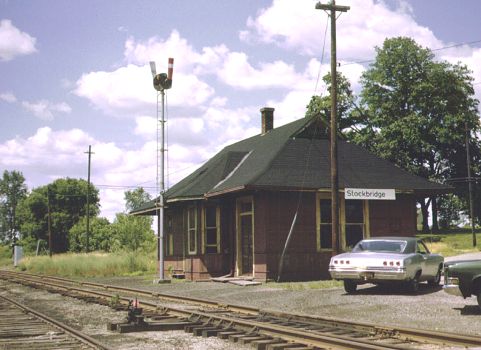 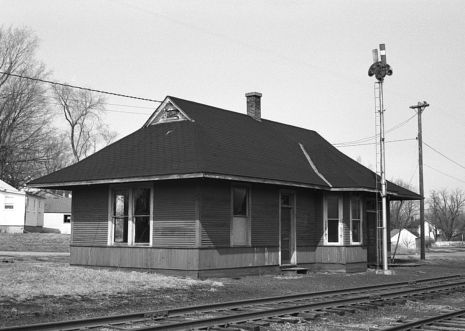 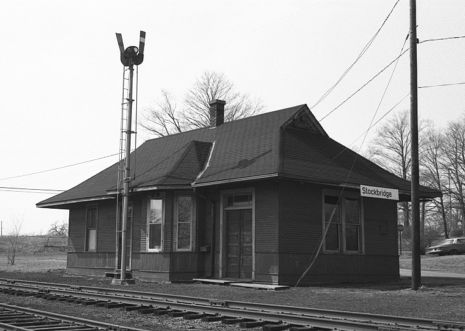 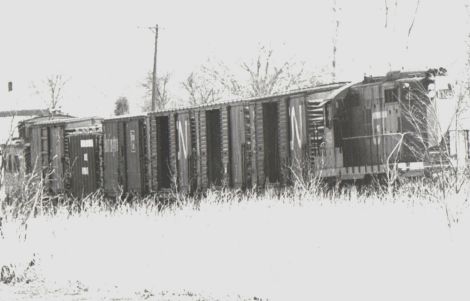 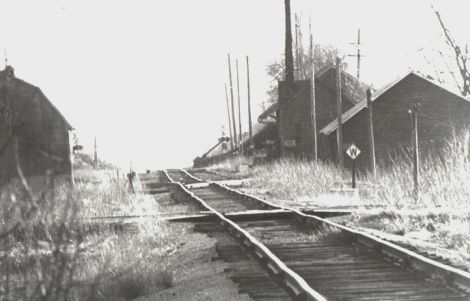 Stockbridge was settled about 1835 as Pekin in southeast Ingham County. The name was changed to Stockbridge at some point thereafter. The town became a village in 1883 and was a station stop on the Grand Trunk Western Jackson branch.

Photo info/credit: Top, the GTW depot at Stockbridge in 1972 shortly before the Jackson Brach was abandoned and pulled up back to South Lyon. [Jim Sinclair]. 2nd and 3rd photos, Two photographs of the station, also in 1972. The train order/block signal suggests that the depot was still staffed by an operator/clerk at this time. [Doug Leffler], 4th photo, this is believed to be the last westbound train through Stockbridge. This train likely turned at Jackson and returned to Pontiac picking up stray cars along the way as the branch line was closed west of South Lyon. [Ed Ramsdell], 5th photo, the branch just before it was abandoned and pulled. This is looking west from the Williams Street crossing. [Ed Ramsdell]. 6th-7th photos, pulling up the rails in Stockbridge. Looking west at M-52 highway west of town. September, 1975. [Jim Sinclair]